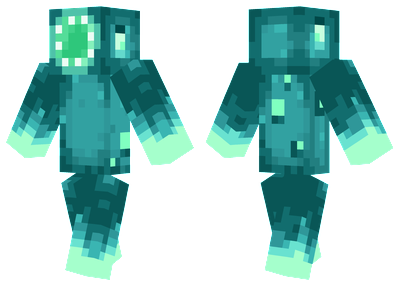 A luminescent version of the squid mob, added in the Caves & Cliffs update.

The glow squid is an aquatic passive mob found in dark underwater areas, typically in ocean depths, ravines and underground lakes; glow squid are varieties of squid, with an aqua luminescent texture. They were ported to vanilla Minecraft from Minecraft Earth.

In Java Edition, schools of 2 to 4 glow squid spawn in water in complete darkness in the Overworld anywhere below layer 30. Unlike most other aquatic mobs, they require no w…